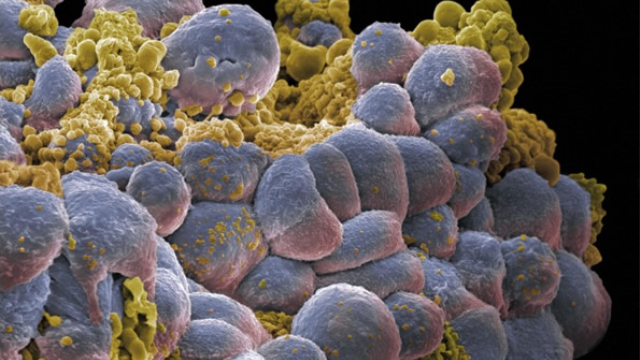 Researchers from the Houston Methodist Research Institute have isolated genetic signatures of some circulating tumor cells (CTCs) found in breast cancer, which one day may lead to a preventive treatment for metastatic cancer cells.

"We isolated four distinct circulating tumor cell subsets, one of which marks genes known to be directly implicated in tumor cell dormancy," said Dario Marchetti, PhD, director of the Biomarker Research Program at the Houston Methodist Research Institute. "This is a significant step forward to better understanding the mechanisms of CTCs in clinical breast cancer dormancy, and a first step in deciphering why breast cancer or metastatic breast cancer recurs in patients decades after resection of the primary tumor."

Even after a primary tumor is surgically removed, breast cancer cells can remain clinically dormant for 20 years or more. While treating breast cancer metastatic disease would be more effective for long-term patient survival, these scattered cells are often undetectable by traditional clinical tools.

Researchers from Houston Methodist Research Institute, The University of Texas MD Anderson Cancer Center and Baylor College of Medicine report their findings in the journal Scientific Reports. The CTC subsets isolated by Marchetti and his colleagues were cells that (1) did not express a protein known as epithelial cell adhesion molecule (EpCAM), and (2) either did or did not express a combination of proteins known as urokinase plasminogen activator receptor (uPAR) and beta-1 integrin (β1int).

"We found that EpCAM negative and uPAR/β1int positive CTCs were detected in the blood of patients whose breast cancer had metastasized to the brain, while the EpCAM positive and uPAR/β1int negative cells did not," Marchetti said. "Moreover, we didn't see any CTCs that were EpCAM positive in these patients. Therefore, we concluded that uPAR/β1int expression along with EpCAM negativity may be key for allowing or controlling breast cancer recurrence to the brain."

However, Marchetti said the team was unable to induce breast cancer brain metastasis (BCBM)—clusters of CTCs—made from the EpCAM negative, uPAR/β1int expressing cells they isolated.

"This was likely due to the difficulty of growing CTCs in large enough quantities to properly mimic the course of breast cancer progression," he explained. "We have gained a tremendous amount of information about CTCs from the ones grown in our lab, and we can use this knowledge to develop tests for detecting these cells early and customizing treatments against them."

Marchetti said upcoming studies will try to better comprehend the mechanisms responsible for both BCBM and dormancy, as well as the importance of uPAR/β1int in defining biomarkers for both states. Then they can determine if blocking the expression of uPAR/β1int leads to tumor dormancy.

"We are uniquely positioned to perform this research because of our access to an extensive cohort of blood samples from patients diagnosed with and without BCBM, along with the availability of multiple CTC technologies and human CTC lines that our lab was the first to develop," he said.

Note: Material may have been edited for length and content. For further information, please contact the cited source.